Notes from the Classroom

I Wish I learned to Breakdance: An Interview with Matt Luckhurst on Design, The Creative Process, and What It’s Like To Author A Children’s Book 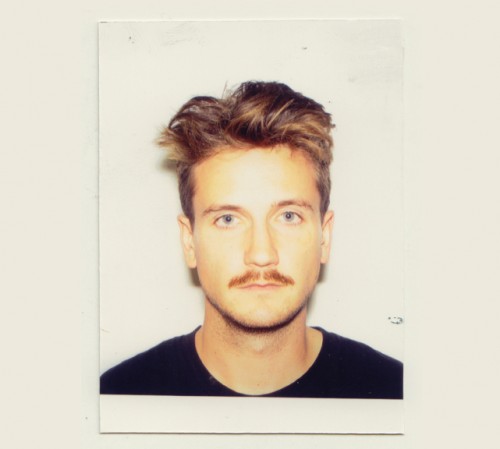 A large part of what we call inspiration is the experience of seeing something and saying, “I want to do that.” To that end, we’ve all had moments of inspiration. But how many of us act on that inspiration? How many of us have the audacity to say, not only, “I can do that.” but “I can do that in my own way.”? This, perhaps, is where we find the link between inspiration and creativity. Notwithstanding talent, discipline, and a general sense of that which is good; creative people have a knack for taking existing things and making them into imaginatively new things.

Designer, illustrator, and children’s book author, Matt Luckhurst understands this. He hasn’t said this explicitly – at least not to us – but his work, a raucous menagerie of color, shape, line, and influences ranging from Cubism to the masterful work of design legends Paul Rand and Alvin Lustig, is the mark of a man who sees and isn’t afraid to say, in his own euphonic lilt, what he has seen. 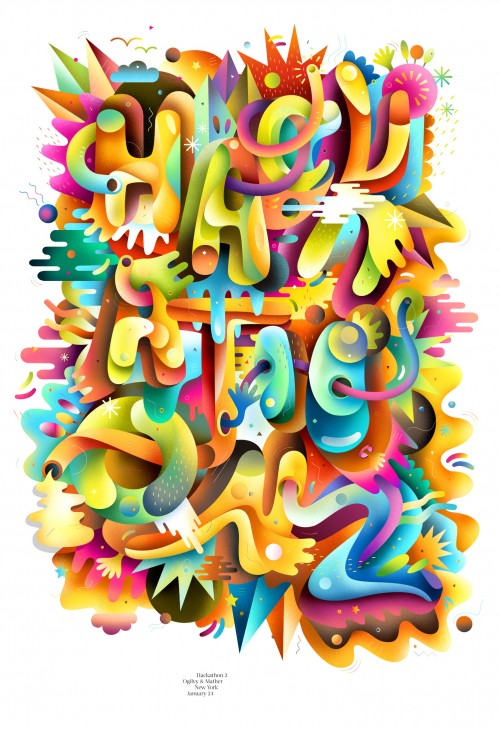 I met Matt a few years ago, at a friend’s apartment in Brooklyn. He sported what was then a not often seen moustache of what I would call the unironic variety. It gave the impression of a moustache for moustache’s sake; but maybe that had to with the fact that the guy sporting the moustache had an all-around affability to him. He stood in the bronze-lit kitchen sipping a beer and casually showed a couple drawings he’d been working on. 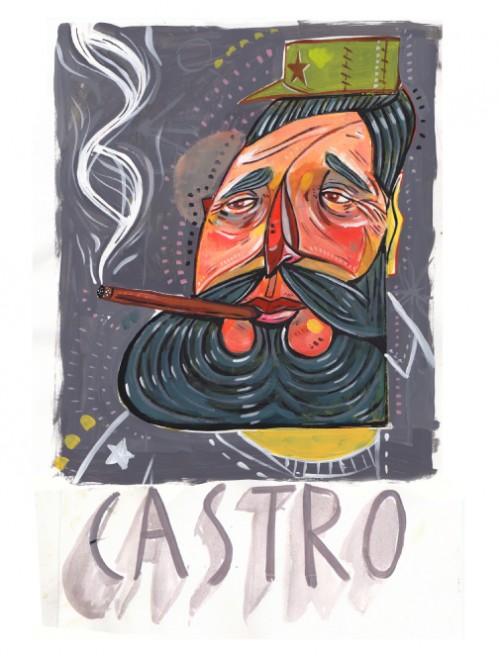 In the fall of 2012, I’d gotten word that Matt had written and illustrated a children’s book, Paul Bunyan and Babe The Blue Ox: The Great Pancake Adventure. This time around, rather than simply wishing I could do what he did, I sent Matt an email with this question: “How did you do that?”.

Because he is a genuinely cool guy, Matt also answered a bunch of other questions about life, creating art, and what it’s like to do a book tour in which your audience is primarily ravenous children whose need to be entertained is somehow less frightening than the incredulous looks their parents cast. 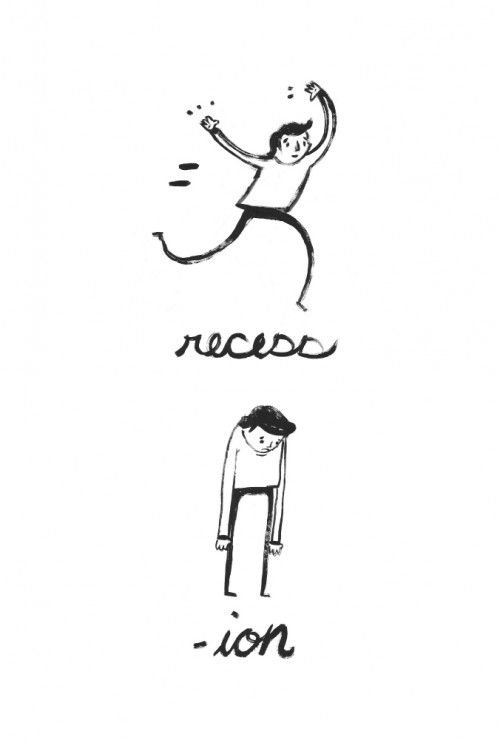 My family actually has a pretty good grip on what I do now. I’ve done some work with them, so they understand it, but that certainly wasn’t always the case. In their minds, and to most my friends’, designers designed magazines – and since I wasn’t designing a magazine it was a bit of a mystery as to what I was doing. Moving shapes around is how I like to describe my profession. Not to make it too simplistic, but at the end of the day its pretty incredible what can happen with just a few colors, circles and squares and an alphabet. I’ve heard a lot of design talks where the craft is elevated to ludicrous heights, and while I appreciate the respect designers get, I like to think we’re just telling stories with a few visual tools. I’ve been a designer / illustrator for 5 or so years. I’ve dabbled in writing and motion graphics as well. These days I work at v (Airbnb) developing the brand and making some pretty cool shapes. 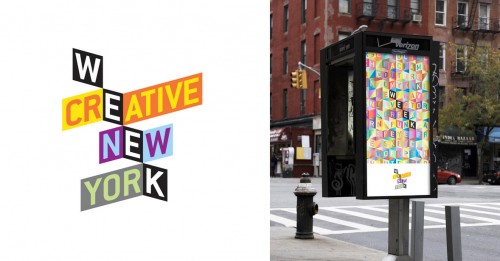 With that in mind, what does your typical day look like?

A typical day is waking up, being shocked at how nice the weather here in San Francisco is and going to work. Work consists of whatever needs to be done that day – creating event identities, illustration, design programs and anything else that needs to happen. Its pretty fluid. When the days over, I’d like to say I then create more amazing things, and I do try to paint and write and work on personal projects, but there’s also a lot of time devoted to drinking beers and hanging out with my wife. Its important to me to stay balanced. Some people live, eat and breathe their careers; I like to nibble and smoke the thing.

How did you end up doing what you do?

I didn’t get here quickly. I grew up on Vancouver Island, where I learned I didn’t know how to draw. Then I spent 2 years in Commerce at the University of Calgary before dropping out and heading to Europe to see some old stuff. I was doing a bit of really bad graffiti at that time – and while it was truly awful stuff – it did keep my attention. Eventually, having worked as a telemarketer, pizza delivery boy, construction and demolition I figured it was worth a shot. Anyhow, I got in, loved it and never looked back. I then got into a masters program at the School of Visual Arts in New York. Did a tough 2 years there, got a job with my teacher Brian Collins and worked under his tutelage for 3 years in branding. In the meantime, I did a ton of art shows, illustration projects and motion pieces – essentially as much as I could. All of this has landed me back on the West Coast working with Airbnb. 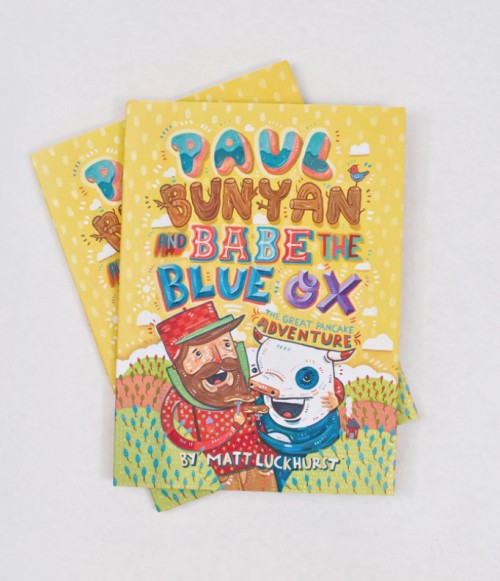 I always wanted to make a children’s book. Its seems like the holy grail to an aspiring illustrator. I just thought I’d never have the opportunity to do it. So, when I was offered a deal by Howard Reeves, my teacher at SVA and editor at Abrams, I jumped at it and dedicated a huge amount of time to it. The chance to tell a story through text and image is a rare opportunity and an amazing experience. Being a designer is great, but being able to create the content as well as the accompanying visual approach is even more rewarding.

You describe the process as a ‘cobbling of skills.’ Did you imagine it would be this way when you started the book?

Yup. Its the only way I work. I don’t think I’m particularly strong in any one area of the design process – I certainly was never a gifted artist or writer – my work really relies on process and concept development. The kids book was a such a huge undertaking for me, it really took every skill I had to put together and make the outcome successful.

What were some of the surprises you encountered during the process?

So many surprises. It took far longer than I imagined, and it was the first time where I really had a hard time accepting it was done. Nothing feels good enough in that process, but eventually you have to put your pen down and hand in what you’ve done.

On your website there’s a photo of you reading the book to kids. Was that on your book tour? I’m picturing you going to school upon school, reading to children. Did you have to do that, or was that photo just a one-time thing? 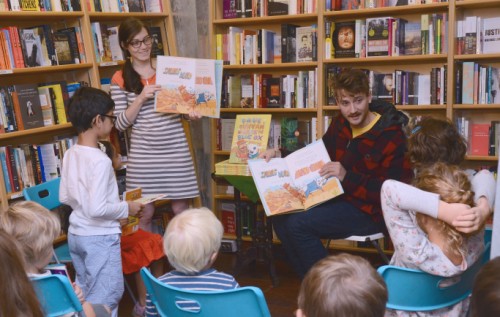 No, I did a bunch of different reading engagements all over the East Coast. Its a weird process; creating the book is a such a personal and closed off process, then a few months after its done you’re suddenly thrust in front of a bunch of kids to entertain them. I’ve never been a great public speaker, so it was an interesting learning experience. The biggest one was in front of a few hundred kids and parents at the Library of Congress National Book Festival on the National Mall in DC. There is nothing more intimidating than a bunch of kids waiting to be entertained…nothing except the parents of those kids who give you weird looks while you try to convince their kids the Rocky Mountains are made of pancakes. Anyhow, I like to think writing a kid’s book toughened me up more than anything else I’ve done before.

What’s the weirdest thing a child has ever said to you?

“Why can’t you breakdance?” – After I walked on stage following some Disney performers who breakdanced for my intro. I wish I learned to breakdance.

What is your absolute favorite spread in the book? Why? 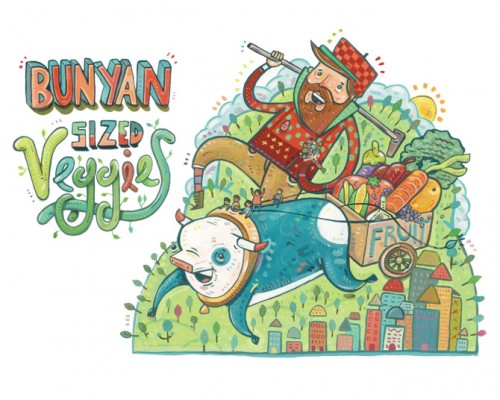 Favorite spread is the “Bunyan Sized Veggies” spread. Its funny when you you’re trying to develop a book just how many pages are dedicated to moving the story along. Its hard to find space to breathe – where a book or story can just say what it needs without moving the reader along – particularly in a children’s book where pages are a luxury rarely afforded. This page was great. Just Paul and Babe in their element having finally helped and grow giant vegetable on the farm. Its a silly illustration that doesn’t do any more than it needs.

How did you find a publisher?

My publisher found me. My editor Howard was my teacher at SVA, he approached me to make a book after the semester finished. The fact it was Abrams was a huge bonus. After all the stories I’ve heard about the publishing world I was expecting a lot of problems, but Abrams was amazing. They took care of me, were encouraging throughout and a great creative partner.

How has your life changed since the book was published?

To tell the truth it hasn’t. I look at the experience as hugely enriching personally, but professionally it’s been much the same. Its a document I have great pride in, but it just one of a series of object I’ve created and hope to continue creating.

One of our goals with The Well&OFten Reader is to inspire educators. Tell us about a teacher who inspired you. Also, if you could offer any advice to teachers, what would that advice be?

I’ve had so many great teachers, its hard to nail down just one. But, back when I was a little lost in what direction to take in art, I had 2 teachers really help me out. Karl Geist and Alison Miyauchi, both were and still are integral parts of the design program at Alberta College of Art and Design. I credit them greatly for pushing me into pursuing design and working hard to become both a better craftsman and critic of my own work.

Having just taught at SVA I have great respect for how difficult teaching can be. I have never tried to lift a heavier rock than an unmotivated student, or felt the wind in my sails like a hard working student who pushes to get better. My advice would be never let off the gas on any of your students. Its absolutely the most critical time in their professional careers. Once you start working, its almost impossible to find the time or the mental energy to create, free of expectation. Creating a space that is safe to fail in is hard, and school gives that you. The further students can develop, particularly high level creative concepts, the better off they’ll be in the rest of their careers.

About Tishon Woolcock
Tishon Woolcock is a writer, designer, and publisher. He’s the founder of Well&Often and co-author of The Letter All Your Friends Have Written You: Poems by Caits Meissner and Tishon.
PreviousNext